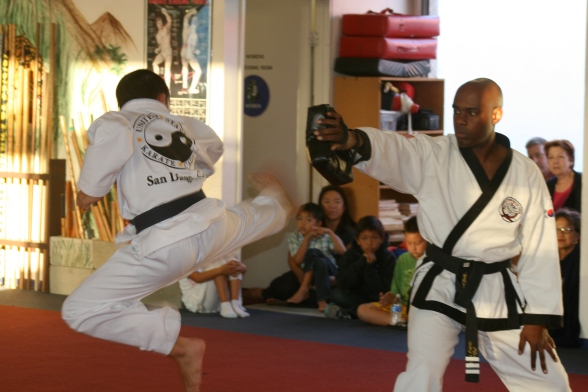 Why am I so teary writing this post? My oldest son asked me if I would write about his blackbelt test (a perk of having a parent who is a writer?). The hosts of our friends and karate family who came to watch his test all got choked up. I, however, did not shed a tear. Until trying to write this dang post.

All three of our boys take karate (for those familiar with the vast world of martial arts, our form is called Tang Soo Do) and we spend an inordinate amount of time at the studio. Truly, I have questioned our sanity many times in the last four years. 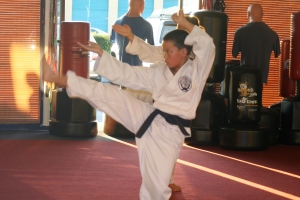 I won’t lie. The road to blackbelt was an arduous journey. In addition to knowing more forms and techniques and combinations of moves than I could possible hold your attention to explain, he also had a 1000 word essay due before the test and all kinds of crazy karate history and Korean terminology he had to know.

About a month before the test, we were reviewing the Korean for “ridge knife hand”. The study guide told us the Korean for that was “yuck soo do”. I chuckled at the irony. Joshua of course wanted to know what I was laughing at, so I explained. 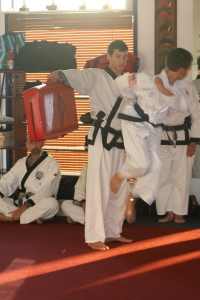 When you are hiking a mountain, just before you get to the ridge you are ready to throw in the towel. You are not quite high enough to see the view that makes it all worth it and you are exhausted from the climb.

I told my son that is where you are on the climb to this blackbelt right now. You are at that point when you want to say, “yuck soo do” instead of “tang soo do”. You pretty much want to give karate the finger right now.

I am convinced I will never forget how to say “ridge knife hand” in Korean.

He hung in there and took the five-hour test the next month…and he nailed it. Don’t get me wrong, it was a frigging hard test and a grueling experience. But he endured and overcame as I watched. And my chest swelled with pride. 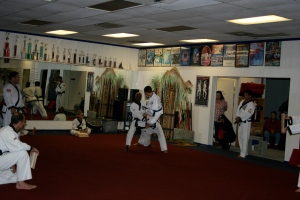 And now when I see him in his black-trimmed uniform I am speechless and my emotions run away with me. Life is full of mountain climbs and things we have to fight our way through. Most of them are made even more difficult because they are internal and intangible.

But now, at the tender age of eleven, my son can look at his black belt and remember the value in fighting big battles, in facing big giants and not backing down. He knows what it is to push through the yuck and see the view at the top of the mountain. And he knows he is worth what it takes to get there. 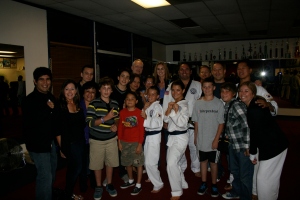 4 thoughts on “pushing through the yuck”

A little bit about me

What are you looking for?